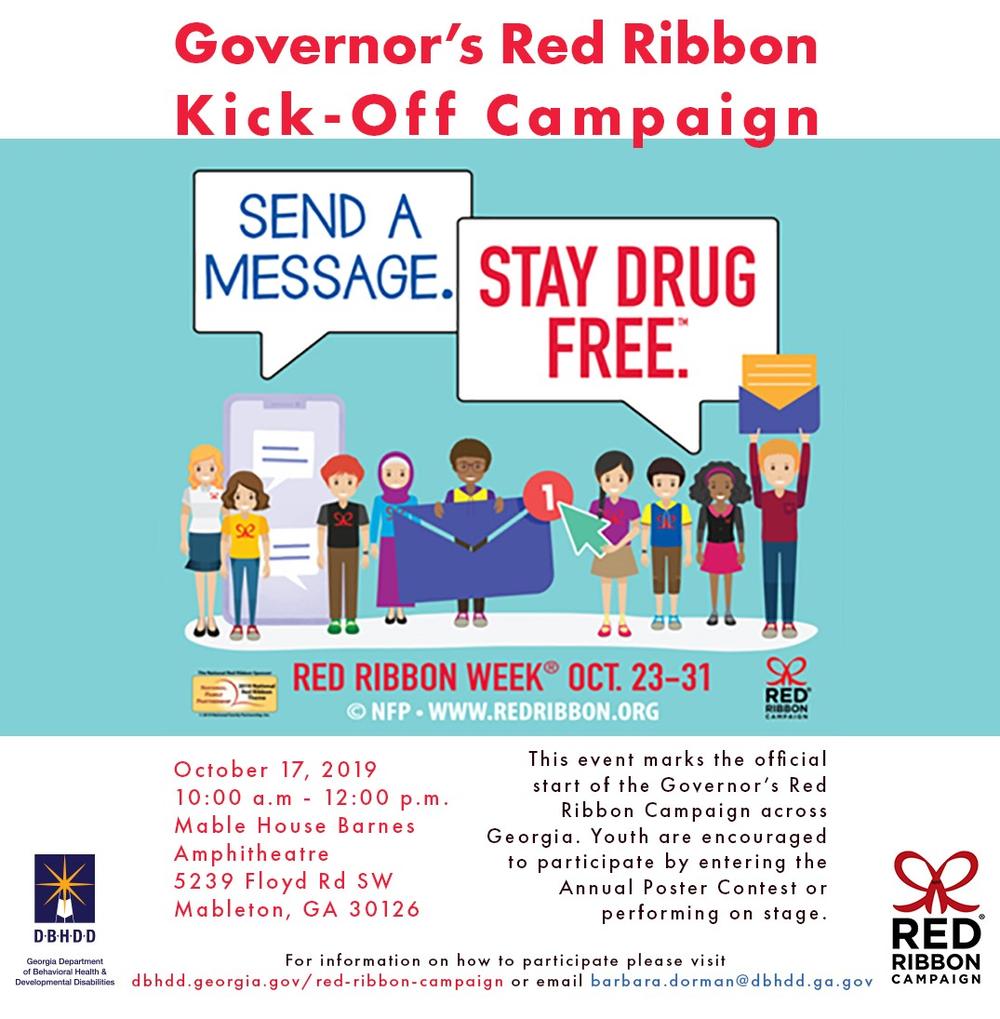 In response to the murder of DEA agent Enrique Camarena, angered parents and youth in communities across the country began wearing Red Ribbons as a symbol of their commitment to raise awareness of the killing and destruction caused by drugs in America.  Enrique (Kiki) Camarena was a Drug Enforcement Administration agent who was tortured and killed in Mexico in 1985.  In 1988, The National Family Partnership sponsored the first National Red Ribbon Celebration.  Today, the Red Ribbon serves as a catalyst to mobilize communities to educate youth and encourage participation in drug prevention activities.

The Red Ribbon Campaign is a media and activity driven strategy aimed at building general population (universal) awareness of the importance of a drug free lifestyle. Each year, schools and communities are encouraged to develop messages and activities to demonstrate their commitment to living drug-free lifestyles.

Red Ribbon Week is held each year October 23 – 31, and a Kick-off is held to celebrate the beginning of Red Ribbon activities in Georgia.  All Schools are invited to bring students to this year’s Kick-off which will be held on Thursday, October 17th.  The Kick-off will be held at the Barnes Amphitheatre (Mable House) 5239 Floyd Road SW, Mableton, GA 30126.  We are hoping that you will plan to join us.

Each year, Governor Nathan Deal and the Department of Behavioral Health and Developmental Disabilities, Office of Behavioral Health Prevention, along with the Georgia Red Ribbon Committee recognizes groups and communities who have done an exemplary job in promoting and educating others about drug awareness, drug free living, and healthy lifestyle choices during the Georgia Red Ribbon Campaign.

Each year, the Georgia Red Ribbon Campaign Kick-off highlights a visual arts segment with an art walk display of all poster contest entries and announcement of winning posters from across the state.  This year’s poster contest theme is “Life is Your Journey. Travel Drug Free.” Winning posters will also be featured in the next year’s Governor's Red Ribbon Campaign Planning and Resource Guide, which is distributed to schools and organizations all over Georgia.

You may choose to participate in the poster contest, the art walk or both. However, if you opt only to display at the art walk, simply bring your poster to the Kick-off event one hour before the start time and seek out a member of the Department of Behavioral Health & Developmental Disabilities staff.

2012 Red Ribbon Campaign Kickoff
The statewide Red Ribbon Campaign Kickoff was held on Thursday, October 18, 2012 at Centennial Olympic Park. Schools were invited to participate in the talent showcase or simply to come, watch, and be an integral part of this festive Georgia tradition. This year we expanded the visual arts portion of the kickoff, and instituted an expanded reward with prizes around the talent portion of the kickoff.